Where are you now?  Contact us today so we keep you in the loop!

Please email this info to infoyck1947@gmail.com

We’re happy to add you to our new website for all to see and learn your accomplishments! 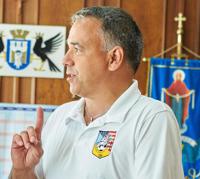 4. Why did you Join YCK? It was an opportunity to play organized volleyball after the high school season.  YCK was also a place for us to go as high school kids to play pool and ping pong.

6. Any Championships? I do not recall.  Perhaps in GEVA?  And a few tournaments..  But it’s been way too long to remember!

7. Did you move on from the club and play at a higher level? Yes, played Division I volleyball at Rutgers University

8. Where are you now? Westchester County, NY

10. Who would you like to see interviewed for this section? Markian Sonevytsky, Orest Szul, Ivan Kaczur, Mark Iwaskiw, John Zielonka, Nick Kosciolek, 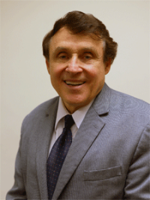 4. Why did you join YCK? I started to play volleyball at an early age and continued to play through high school. My university didn't have a volleyball team so I joined YCK. YCK offered me an opportunity to play competitive volleyball while further developing my skill-set.

5. Who were your coaches? We had several coaches including Ihor Sochan, Ihor Pryshlak, Carl Pierre and Tony.

6. Any championships? We won a few GEVA tournaments.

7. Most memorable moments on the field: Having several defensive and offensive moments resulting in spectacular rallies.  When we clicked as a team, we were hard to beat.

8. Most memorable moments off the field: Hanging out at YCK after volleyball practice and shooting the breeze.

9. Did you move on from the club and play at a higher level? I moved into local volleyball circuit playing and when I moved to NJ, I continued to play up until 2004 after I had lower back surgery.

10. Where are you now? I am a physical therapist working in a private office treating patients including professional, college and high school athletes as well as post-surgical and special needs populations.

11. What are you up to? Being a father of two beautiful girls is a privilege, but also takes up a majority of my time. I live in NJ, have two dogs and a cat. I enjoy yard work, hiking, walking and the occasional bike ride, but I really enjoy wood working and light construction projects.

Enjoy this media gallery - Scroll through to view our eventful history

The Ukrainian Sports Club (The NY Ukrainians) is an amateur soccer club based in NYC, that competes all over the tri-state area. This year, Ukrainian Sports Club has expanded its formidable force to include a youth league for soccer and volleyball which commenced in the fall of 2019. It's overarching goal is to provide athletics as a vehicle to humanities and to share the things that we love.